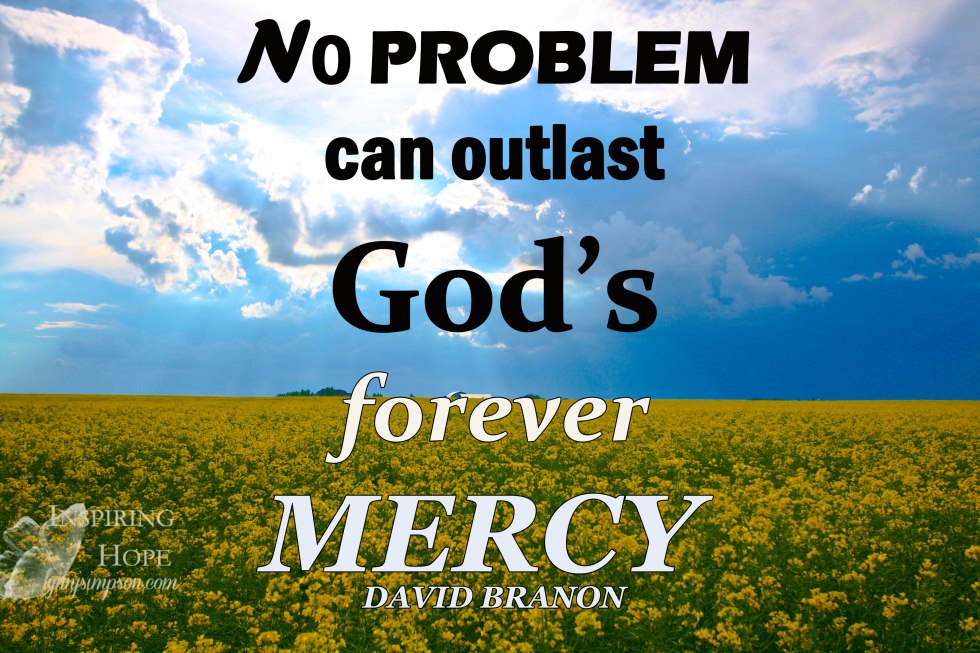 Have you seen that new facebook feature? The one where you can share a post from a year ago. I haven’t participated but smile or maybe even raise an eyebrow, and click the ‘thumbs up’ from time to time when I see friends posting their past memories.

And my analytical, pondering, and forever-curious mind asks the question: What’s different for them today than from a year ago?

Does anyone really change?

END_OF_DOCUMENT_TOKEN_TO_BE_REPLACED

Glancing at her registration form that each evacuee had to complete prior to shopping in this space that was once a Target store but now filled with donations, I saw we would be shopping for three. Two adults and a baby, yet she was alone.

“My girlfriend stayed with the baby. She’s the one I’m more shopping for. Her and the baby,” she explained.

“Okay,” I said, pushing the Home Depot cart that had been part of me for the last four hours, shopping with displaced families that had fled their homes due to forest fires raging in and around their home city of Fort McMurray. “I guess we can skip the men’s clothing section then. The women’s is just around the corner, and you can have three outfits, three pairs of socks, underwear…”

“That’s ok,” she says, cutting off my listings. “I can skip that stuff. Just really need the baby things for my friend and maybe some personal items.”

“I think you’ll be the fastest shopper I take through yet,” I said grinning at her. Then asked where she was staying.

And her story started. Another personal story of those moments of leaving a home, with only minutes to gather items, and then to be stuck in a grid lock of vehicles on a highway surrounded with flames just meters away, and engulfed in smoke. Lots and lots of smoke.

I was renting a basement suite, she tells me. The house burned. I have nothing left.

END_OF_DOCUMENT_TOKEN_TO_BE_REPLACED

It’s been about 5 years since I first entered what is now my home church, on a cold December Saturday evening. I’d been exploring my faith again after many, many years of being away from the Christian church. But still always searching with the restlessness of one knowing there is a pursuant that he/she senses, yet turns to things of this world to satisfy.

For some that have shared their stories with me, it has been addictions in forms such as alcohol, legal and illegal drugs, and food to satisfy.

For me those things, those worldly ways to fill my always unsatisfied ego included the attention of men, the temporary satisfaction of being desired.

I was the perfect example of the ol’ saying: Looking for love in all the wrong places.

I look back to a moment, divorced 12 years , driving on a rural highway. Broken, tears flowing from another bad decision, another chosen path of satisfying in the wrong place, when I hear Him.  END_OF_DOCUMENT_TOKEN_TO_BE_REPLACED 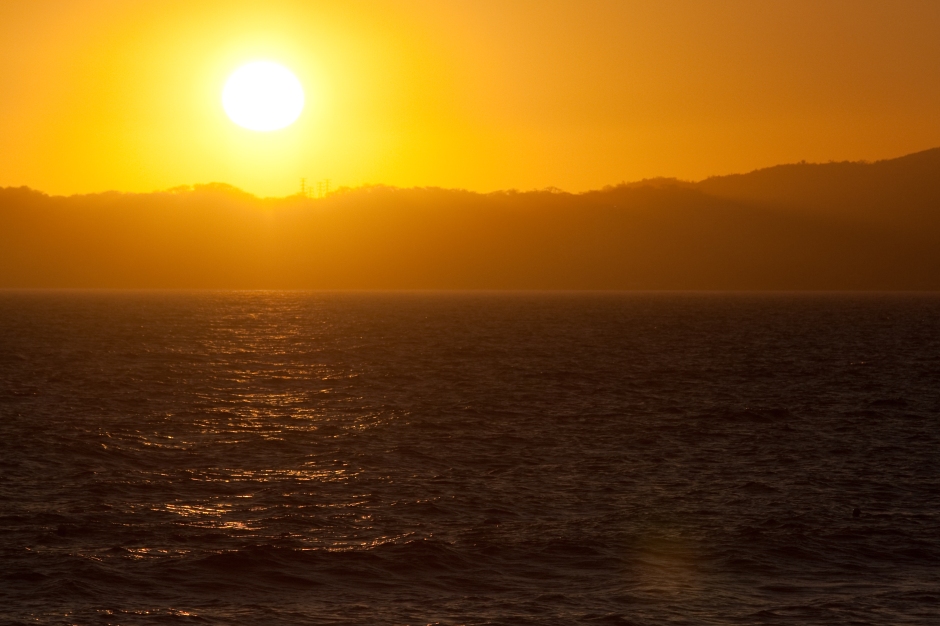 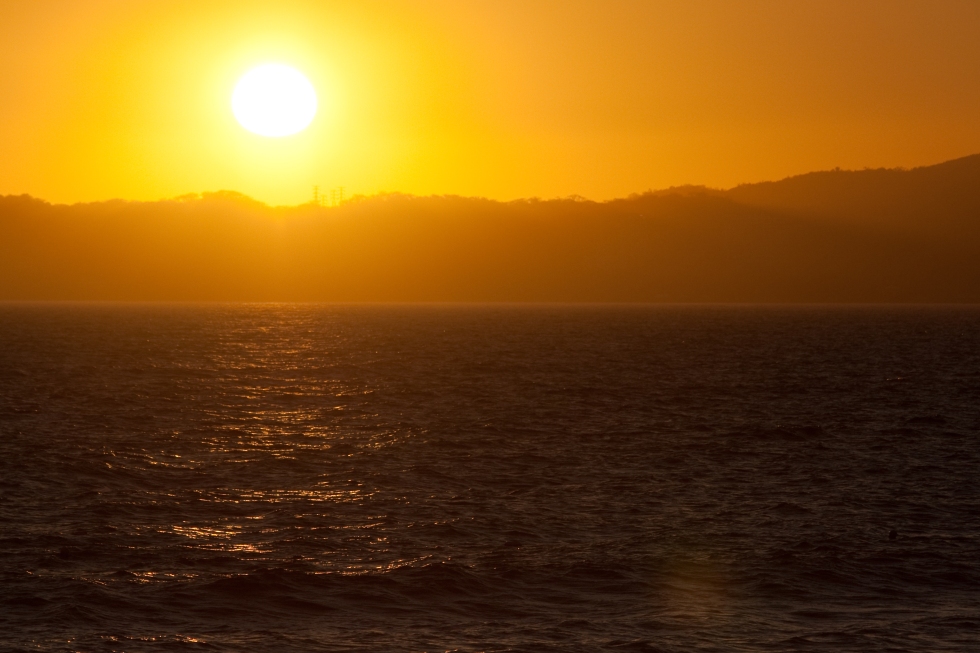 It’s 2 am and after repeating a nursery rhyme in my mind dozens of times, I finally resolve to just turn on the light. From my office I grab my laptop, and then settle once again in my bed but with screen and words, instead of darkness and thoughts.

There’s a restlessness in this transition. An unsettling.

There is no physical transition. No move from one residence to another. Or change of church or relationships.

I see this cocoon, a fuzzy creature inside, transforming, my fasting girlfriend tells me the other day.

A fuzzy creature. I smile at that image. But also feel the constriction of being wound up in a small place, with no where to go.

And it’s uncomfortable, this place of transforming. 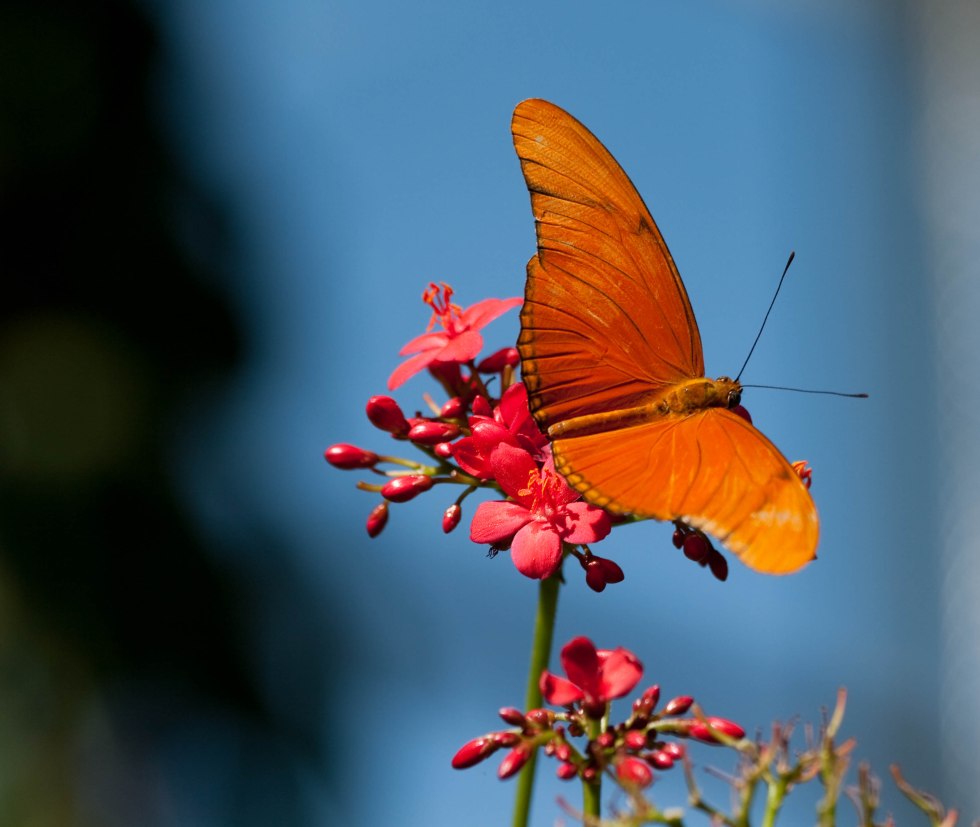 This place where no doing distracts and disturbs from the process.

I don’t like it. I want to return to the busyness, the constant buzz of people every evening, and the to-do lists of event plans.

Why am I not doing?

END_OF_DOCUMENT_TOKEN_TO_BE_REPLACED

The other day I was witness to a story of young lady whose life has been transformed in the past two months since she came back to Christ. There’s a lightness, a spirit of giddiness even, emanating from her every posture.

And it took me back 5 years ago to when I submerged myself in baptism, feeling light, free, and full of an endless horizon of hope.

Then months later the first crisis hit and enveloped me in a season of confusion and darkness.

I think of the many circumstances the Jewish people endured, often exiled into lands unknown, facing terrors I cannot even fathom.

When Persian King Xerxes reigned over 127 provinces from the citadel of Susa, a decree was issued to slaughter all the Jewish people living within the borders of the Persian Empire. (473 B.C) Also the decree, obtained and executed by the Kings prime minister, Haman, included confiscation of the Jews property.

All the Jewish people to die. Not even the women and children excluded.

And all property to be taken.

Dead and left with nothing.

Can you imagine the terror?

In every province to which the edict and order of the king came, there was great mourning among the Jews, with fasting, weeping, and wailing. Many lay in sackcloth and ashes. Esther 4:3

We see daily now in our newspapers, our social media feeds, and televised current events of people, women and children included, persecuted, slaughtered, killed for their faith. And images of survivors fleeing in terror.

And we may wonder, ‘Is there hope in this? Can it be changed?’  END_OF_DOCUMENT_TOKEN_TO_BE_REPLACED

Hello! It’s fantastic to meet you! My hope is to get to know you, encourage and inspire you as we journey through this world, doing our best to build His Kingdom until we are called home. 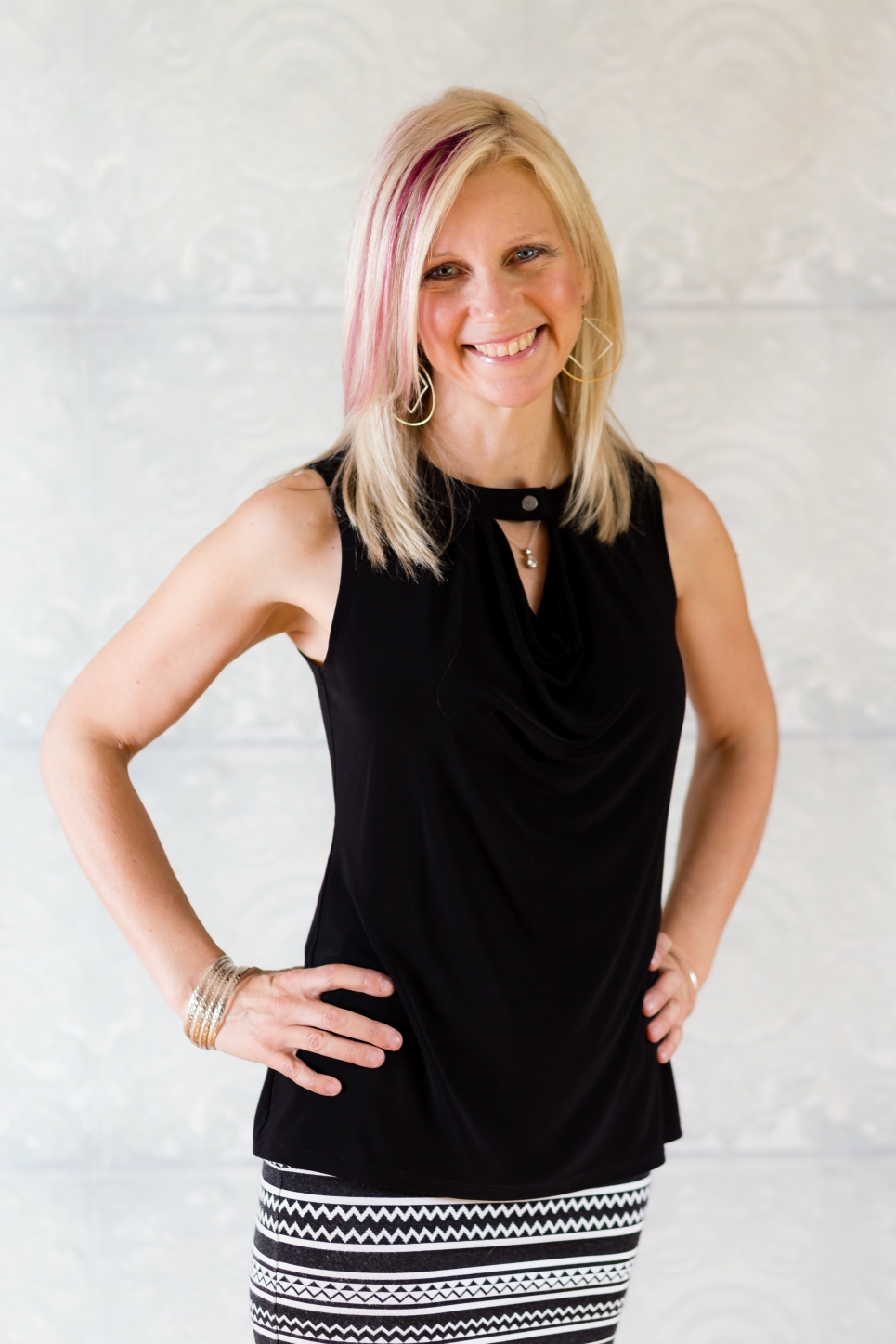 Breathing Spaces, a 21 day journal of rest, reflection, & renewal. Will you take the journey? Click on the image to learn more. 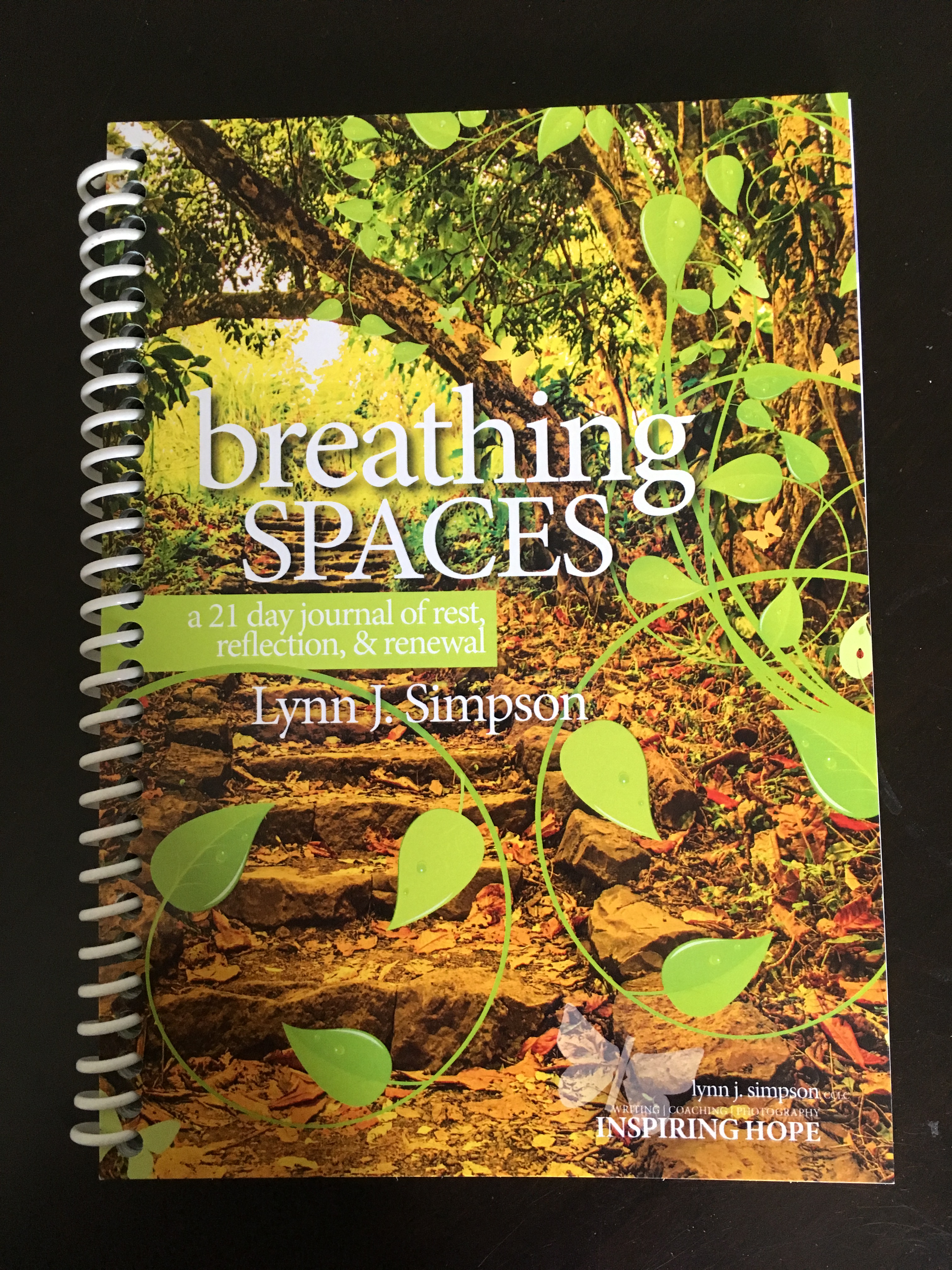 Did you know writing your gratitudes and successes for 21 days can create a change in you to be more successful in reaching your God-breathed dreams? I have a passion to see people get unstuck and use their gifts and talents, so I created this 30 Day Journal of Thankfulness, Success and Joy. It includes a place for thoughts, as well as photos I have taken on my travels. Just click on the image to find out more information.

Published in Short and Sweet too 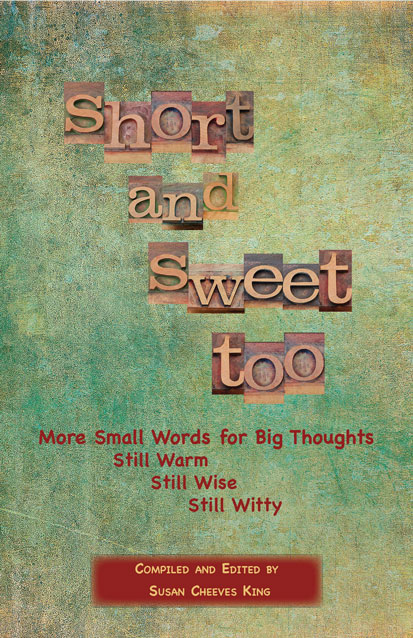 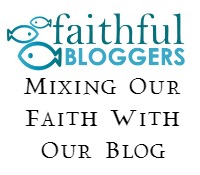 So the reason no photos lately! Hope to be back regularly posting in 6 weeks!
So I haven’t been as engaged lately here but not from not wanting to. A few weeks ago I slipped in an icy parking lot and fractured my left wrist. So needless to say I can’t lift my camera to take photos. Since it is winter I have been tentative to walk the snow covered paths but hope to conquer that soon (and be wearing well soled winter boots)! In 4 weeks cast should be off, then some physio and back to photography in time for spring buds! Have a wonderful Christmas! You can read more about my mishap by clicking the link in my bio.
Aww....what else can I say about this? Taken at Strathcona Park Natural Area #cuteanimals #squrriel #albertawildlife